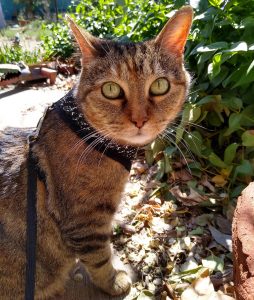 Jamie put her biology degree to use for years as a zookeeper in Texas, California, and her home state of New Mexico before returning to college and earning her Master of Architecture. Her chosen second career allows her to merge her knowledge of animal behavior with her study of how to design highly functional spaces for people. She cares about wildlife, conservation, our planet, and how humans can interact with our environment to create a better future for all lifeforms. Those passions converged in her independent graduate design project. She developed an integrated architecture and landscape-architecture strategy to help mitigate human impact on beachfronts where sea-turtle nesting is common. Jamie designed the project to increase the likelihood of hatchlings’ successful migration to the ocean. She sought to create built forms that could protect the nests from foot traffic as well as urban light infiltration. She hopes to one day pursue funding, build a prototype, and conduct real-world testing. If Jamie were stranded on a desert island, she’d want her small library to include a mix of practical and escapist books: a survival manual, “Pride and Prejudice,” and any title from the Harry Potter series.