Korder Cropsey knew he wanted to be an engineer before he knew the name for it. Growing up on a ranch near Presho, SD, afforded him plenty of opportunities to see problem-solving in action. “My Dad took me to work every day when I was young. He’d be the first one to tell you I ask way too many questions.” Korder put that persistence to good use at South Dakota School of Mines & Technology, where he ran track and played football for four years and was involved with SD Mines’ two engineering societies. He originally studied metallurgical engineering but switched his program after seeing some assignments his structural-engineering friends were working on. Korder loves hiking, camping, and fishing in the Black Hills region. Two of his top book picks reflect his outdoor mindset: “Hatchet” by Gary Paulsen and “The Call of the Wild” by Jack London. He cares deeply about his family and friends, his career, and his George Strait playlists. Korder calls him “the greatest country singer of all time” and never tires of hearing the reflective “Troubador.” 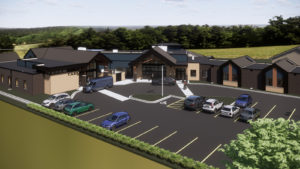