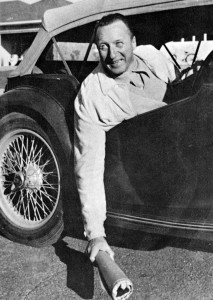 “Spitz” dedicated himself to understanding his clients and their needs. He was a consummate marketer who knew all the businessmen in town, had the ear of decision-makers in government, and counted plenty of friends on college campuses. Together, they created some of the most enduring designs in South Dakota and the surrounding states.

Spiznagel’s designs evolved from streamline modern to a distinctly individual, no-frills style. He recognized the need to integrate form and function, bringing full-time engineers and interior designers into his practice in the early 1950s. Spitz drew inspiration from fine art, scientific pursuits, and cultural discoveries during his numerous international travels. He found equal spark in his relationships with colleagues and clients. A full 90-years later, The Spitznagel Partners — TSP, Inc. — holds to his principle: “Design it like you own it.”

Here, we offer a partial listing of Spitznagel’s personal work as well as the projects designed under his leadership. He retired in June 1972 — 42 years to the month after opening his practice. Spitz died in 1975 and in 2006 was inducted into the South Dakota Hall of Fame. 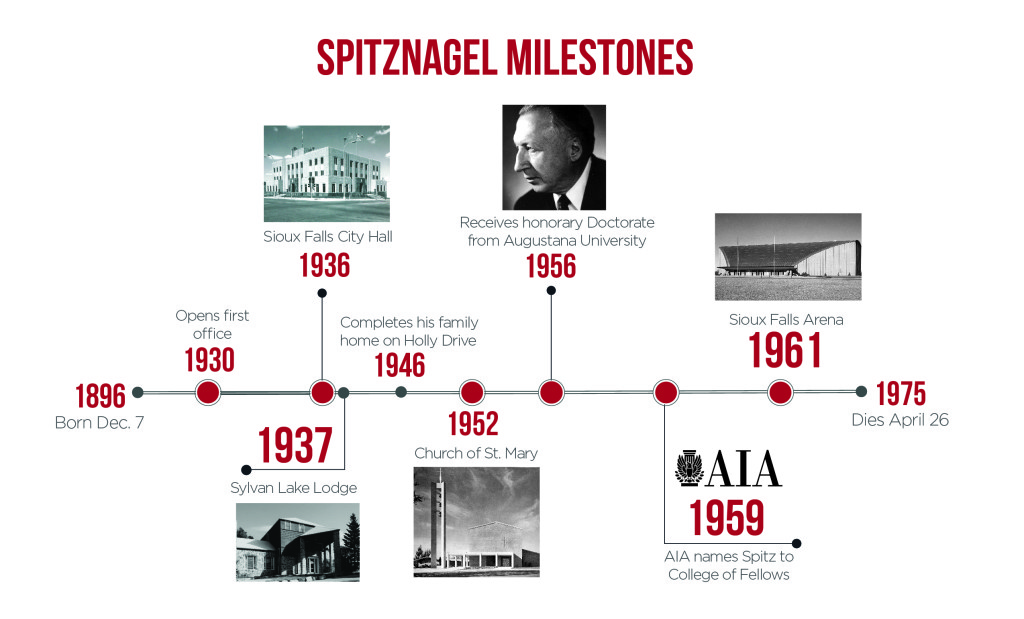