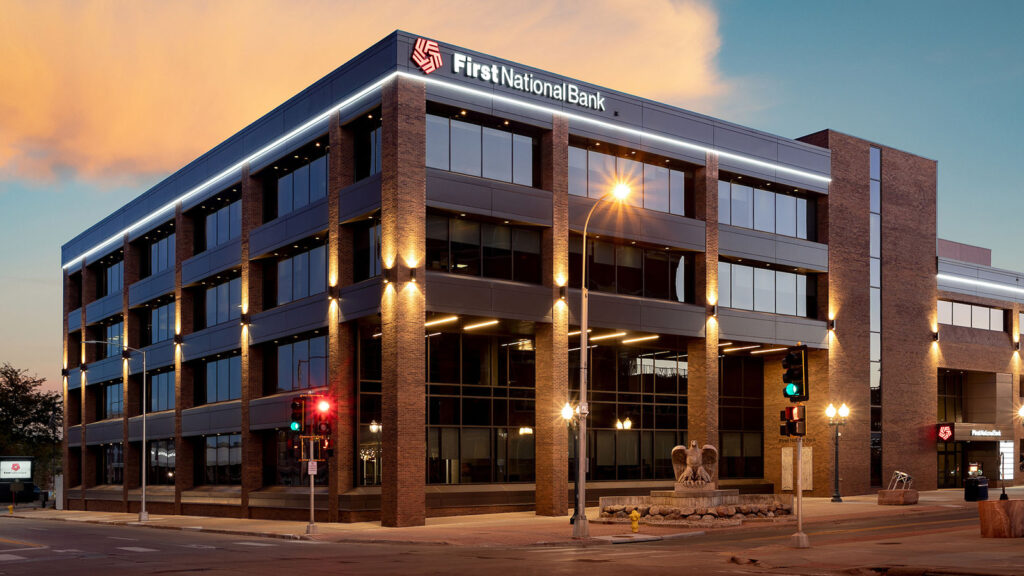 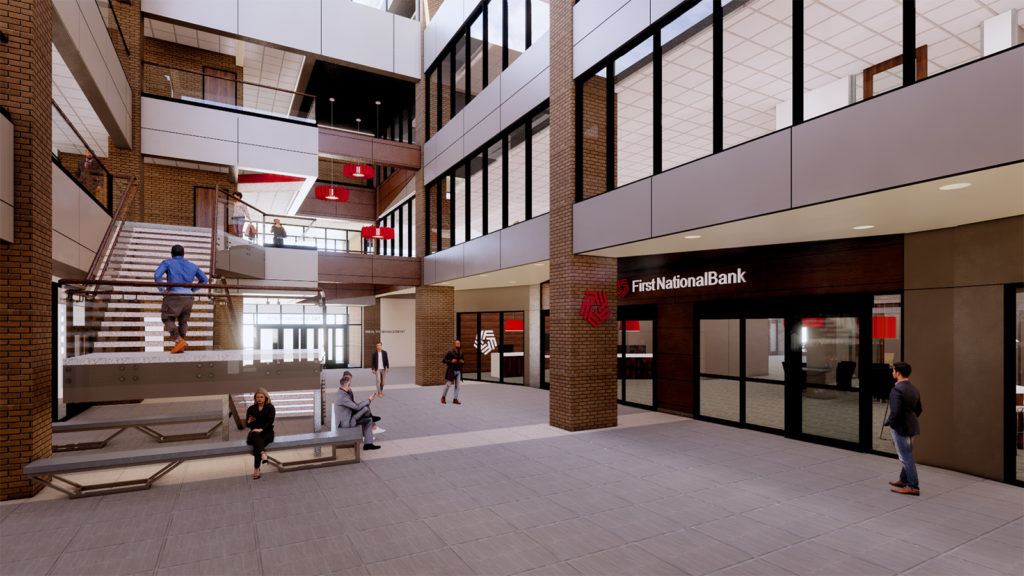 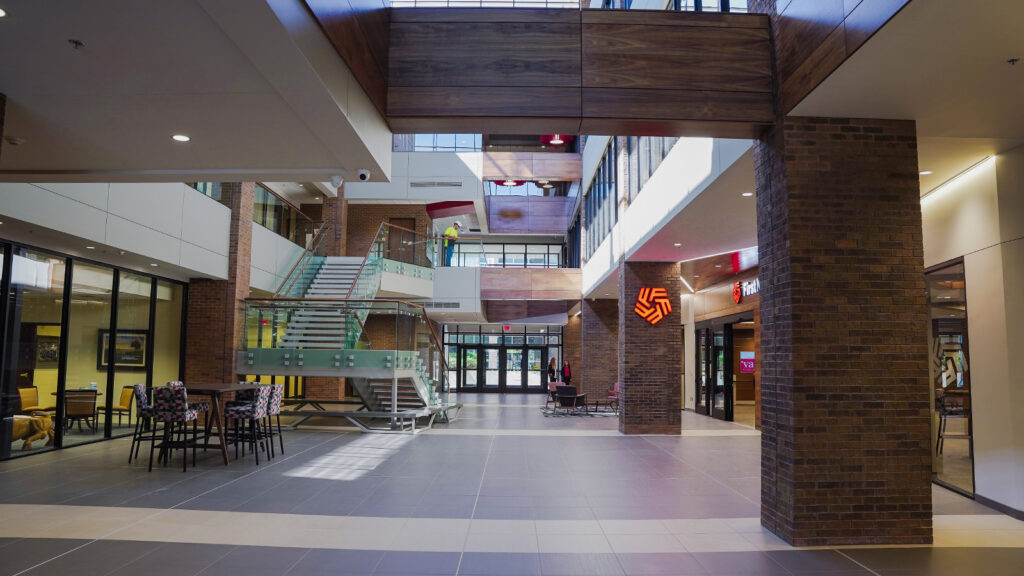 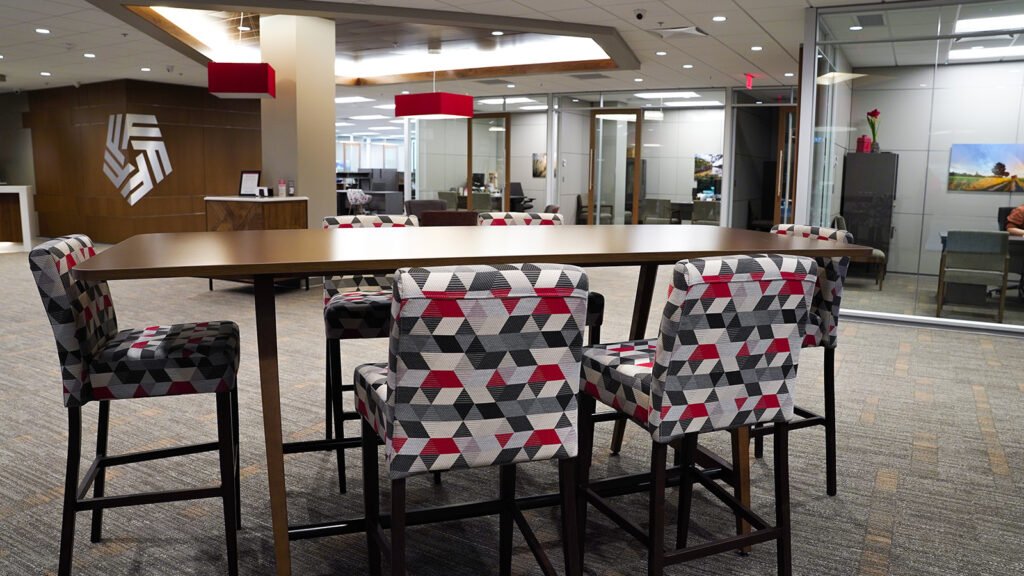 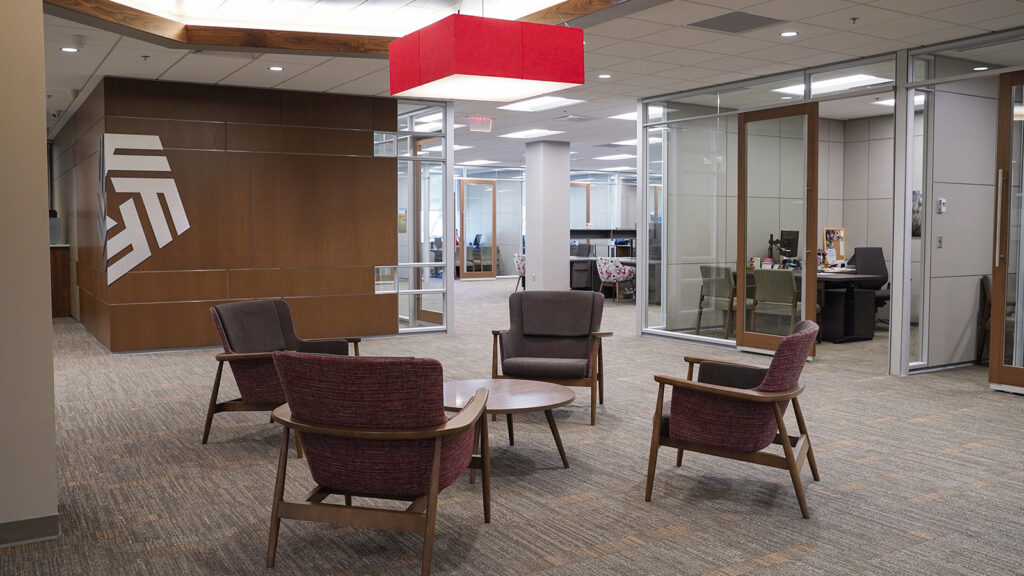 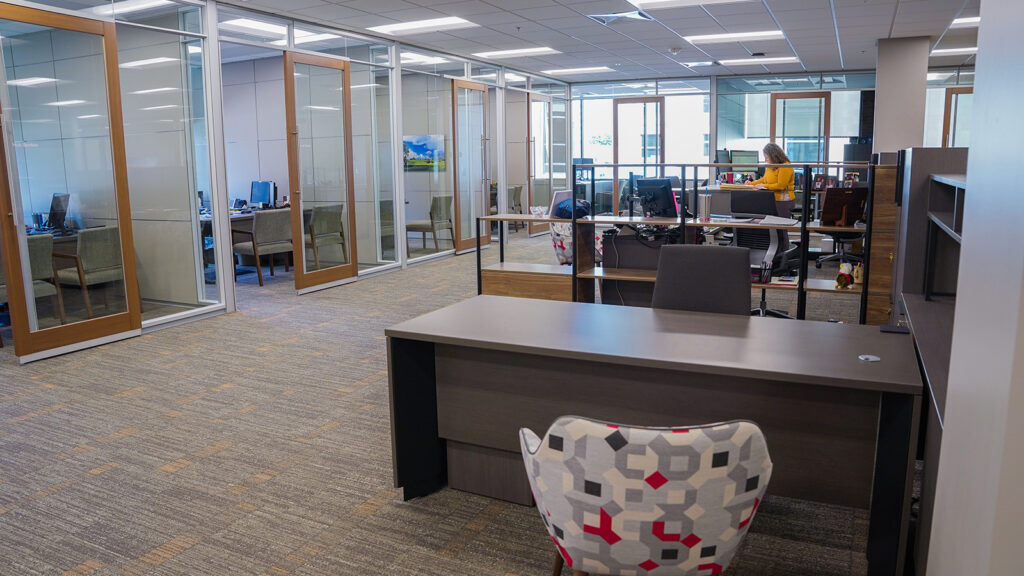 DETAILS:
Renovation of exterior on mid-1970s era building with consolidation of entrances.

Renovations at The First National Bank in Sioux Falls’ downtown location provide a fresh look as the building nears the half-century mark.  The bank itself was established 135 years ago.

The face-lift involved exterior work on the north, east, and west sides of the building, which opened in 1976. Bank officials wanted to preserve as much of the old structure while using glass and metal panels to provide an updated appearance. Relocating walls on the first and second floors captured underutilized spaces and provided additional square footage.

The bank was constructed with a bricklaying technique near the windows that is no longer used. TSP, structural engineer SEA, and the contractor recommended removing those sections of brick. The replacement materials increases the longevity of the exterior and improves energy efficiency.

The building consolidated its entrances to the east and the west to make wayfinding easier for customers. New metal panels were added to First Financial Center, on the bank’s south side, to give the two structures a more cohesive look. New exterior lighting and signage were added, and an on-street ATM was installed off Phillips Avenue.

Additional phases of the project included the interior renovation of the main lobby, atrium, and upper floors. Bank officials used this as a chance to rethink how business is conducted and how to best serve its clients. Completely new finishes inside the atrium included adding a new feature stair in that space. It also reconfigures the entry into the bank lobby to create a more visible entrance and dynamic experience. The first floor was completely guttered and remodeled for a new, more efficient bank-taller lobby and office spaces. 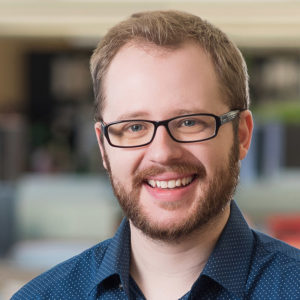