The house was relatively new then. It had been built in 1936, a two-story brick structure with shiplap siding between the residence and garage, a bay window and federal-style dormers on the second story, its appearance a precursor to the Ranch homes that would become so popular. Its first inhabitants: two sisters who worked in Sioux Falls schools.

Lightning has struck the tree, but it continues to flourish. The house, now gray-green in color with a partial brick exterior, also continues to serve the purpose its designer envisioned: offering shelter and beauty to those who reside within its walls.

“We’re only the third owner,” said Julie Ashworth, who moved in more than 30 years ago with her husband, Tom, and their two children, Betsy and Chris. “It’s such a great place to entertain and host people. We still have the original cedarwood floors, and we love all the sunlight and windows. We have a wonderful view to the wooded area in the back.”

Architect Harold Spitznagel designed at least 10 houses within a few blocks of each other in the historic Pendar Lane neighborhood south of McKennan Park. He had established his one-man practice in an office in downtown Sioux Falls in 1930, and his first big commission was designing the Sioux Falls City Hall. It opened in 1936.

As Sioux Falls emerged from the Depression of the 1930s, designing houses for residents in this city and elsewhere became an essential part of Spitznagel’s business–known today as TSP, Inc. To honor its early history, TSP created a walking tour in the Pendar Lane neighborhood. The self-guided tour gives people a chance to see Spitznagel’s designs as they look today.

A map of the walking tour can be downloaded from the company’s website at www.teamtsp.com. Printed brochures also are available this summer at the TSP office at 1112 N. West Ave. and the Old Courthouse Museum, 200 W. Sixth St. 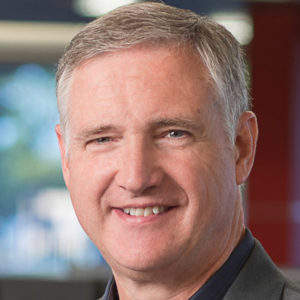 Spitz, as many called him, designed houses that fit their owners’ individual tastes and also reflected his own strong style preferences. TSP architect Sean Ervin said Spitznagel blended styles such as Federal Revival with references to others such as Cape Cod.

“I would consider the overall style to be context sensitive at the time,” said Ervin, who joined the firm in 1987. “It drew on themes from many eras. He designed quality masonry exteriors with just a touch of detailing that recognized history while subtly adjusting for the scale of Sioux Falls and the special needs of his clients.”

Spitznagel preferred buildings with minimal overhangs. He didn’t want the roof to extend past the house wall’s face.

“Many houses have a typical two-foot overhang with a gutter on it, but Spitz liked buildings without them because it is a cleaner geometrical shape that way,” Ervin said.

Interiors tended to be more aligned with the styles of the day and had a very mid-century style, he said.

The Ashworths’ house offers four big rooms on the main floor, with doors allowing the rooms to open up to each other. The original owners, Lowell Elementary School principal Harrietta “Etta” Bach and her younger sister, Washington High School business teacher Ruth Bach, shared the bedroom on the second story. The nearby guestroom has a knotty pine built-in bookcase covering an entire wall and a built-in chest of drawers in the closet.

Ruth Bach lived at 2015 S. Pendar Lane until her death in 1959. Etta Bach, who also served as principal at Hawthorne, Garfield, and the recently demolished Irving school, died in 1978. She had sold the house in 1969 to Ed and Sharon Arshem, who raised their son and daughter there. The Arshems placed an addition above the garage and onto the back of the house.

The Ashworths lived nearby on First Avenue when they purchased the house in 1988. They loved central Sioux Falls and McKennan Park and wanted to remain in a close-knit neighborhood. Their son is autistic, and they knew he would be loved, accepted, and supported by those around them, Julie Ashworth said.

“We were a young couple, the youngest and newest for quite some time,” she said of their arrival on Pendar Lane. “Over a period of years, some of the children who lived here then have moved back to raise their families. From 26th Street to the end of Pendar Lane, there’s like 35 kids in the neighborhood.” 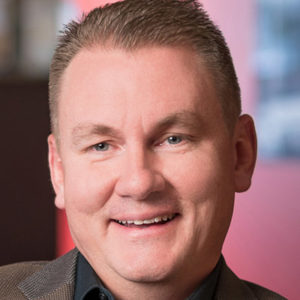 As Spitz’s work expanded in the company, so did that of the firm he founded, said CEO Jared Nesje. Today, TSP offers full-service integrated architectural, engineering, interior design, and planning services with offices also in Rapid City and Watertown, SD, Omaha, NE, and Rochester, MN.

“As Spitz evolved in his community the company focus also evolved from residential to commercial project types,” said Nesje, an architect who has led the firm since 2015. “Today our focus is still on our communities as well as a developed experience in education and healthcare projects.”

The firm has grown and expanded with the communities it serves.

“Now more than ever I believe that we align with our company’s passion to make our communities better, by design,” Nesje said. “Not many companies can celebrate 90 years, and TSP exists today because of our people. Our flexibility to change and willingness to adjust over the decades fuels TSP success.”

The 90th anniversary walking tour map also takes people away from Pendar Lane to another long-established neighborhood, Riverview Heights near 22nd Street and Kiwanis Avenue. Spitznagel designed 11 houses there, including his own as 1209 S. Holly Drive. Its floor plans were featured in two separate magazines, and it remained in the Spitznagel family until last year.

Pendar Lane continues to be a draw for people who appreciate the beauty of established neighborhoods and distinct architecture, Julie Ashworth said. “We have a lot of walkers and runners who come on Pendar Lane just because the houses are old, interesting, and unique.”