Don’t ask Omaha architect Brent Schulz to name a favorite project. He says that’s like asking him to name a favorite child. “I’ve worked on projects that were a few thousand dollars up to hundreds of millions,” Brent says. “Each was interesting and meaningful in some way, but mostly I enjoyed getting to know the clients and helping them to reach their goals. Most are still friends of mine, too! After all, most every business boils down to simple relationships.” (For the record, Brent’s favorite kid is his son, Tyler, who also is his only child.) Brent believes in doing the best job he can the first time and learning from other people’s mistakes. He does pro bono work for the American Legion and also enjoyed serving as a Cub Scout and Boy Scout leader. Brent’s favorite tunes come from the 1980s and ‘90s, two decades when decisions were earlier to make, life was fun and simple, and his only worries involved the upcoming weekend. 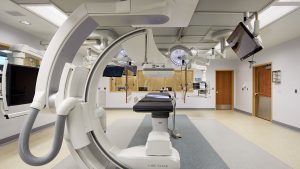