With the upgrade to a universal, adult-sized changing table in the concourse’s new family toilet room, Sioux Falls’ travel hub will join the ranks of international airports in Los Angeles, Chicago, Orlando and Baltimore.

The online resource WheelchairTravel.org offers travelers and designers a look at many different types of universal tables in use at nearly a dozen American airports today. The site reports that the Minneapolis-St. Paul airport is in the final stages of installing the equipment in a family room on Concourse D.

“Sioux Falls Building Services is making local amendments now to adopt the 2021 International Building Code as its updated municipal code,” TSP senior architect Rex Hambrock said. Once that happens, visitors to a range of building-occupancy types — including community and “mercantile” or retail settings — will notice larger single-use toilet rooms, more generous clearances for sink counters and wider turning radiuses within corridors or even between store aisles. The latest IBC is associated with another resource, a model code for accessibility from the American National Standards Institute.

Taken altogether, most of the changes are based around the space needed for an adult to maneuver in a typical manual wheelchair. But technology has given people a broad variety of assistive devices, and scooters are becoming more common and affordable. The “front-approach” standard used for a wheelchair doesn’t necessarily translate to a scooter’s front-end steering column and lead wheel. Device manufacturers have adapted, offering models with seats that rotate to enable users to transfer from their seat in an imitation of the ADA’s front-approach guideline.

The Americans With Disabilities Act, passed July 1990, provides the legal framework for protecting the rights of people with disabilities. This includes increasing physical accessibility throughout community-use spaces. But not all buildings — or rooms within them — are treated the same. 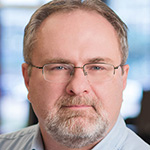 “Cities or governing authorities adopt local building codes, which typically are based on the IBC with some amendments and referenced standards,” Hambrock said. “You can’t adopt the ADA or any federal law ADA as your building code. Only federal legislation can make changes to the ADA. Scoping and technical components of the law and the building codes are getting closer together with every update, but there still are gaps.”

The ADA was transformative, but it was not the first federal law that aimed to create more-equitable access in public spaces. The 1968 Architectural Barriers Act requires that buildings “designed, built or altered with federal dollars or leased by federal agencies after Aug. 12, 1968, be accessible.” The ABA also applies to nongovernment facilities that receive pass-through federal dollars, such as certain schools, public housing and mass-transit systems.

“Most people think about accessibility in terms of the physical environment and requirements for independent use, but we also have to consider the level of accommodation needed,” said Hambrock, whose specialty knowledge includes life-safety codes for health care and fire or EMS facilities. “There’s an effort-and-time factor too. How much force is needed to open a door? How long does it stay open? Someone using a mobility device will need more time to pass through that door. The laws and the codes also deal a lot with communications, like alarms and two-way systems.”

While designing the new South Dakota School for the Blind & Visually Impaired campus in Aberdeen, the TSP team learned more about embedded features that provide signals for users inside buildings or moving in public spaces. They collaborated with Chris Downey, an architect who lost his vision more than a decade ago. From Downey, they gained an even deeper understanding of accessibility elements and cues. Those include the raised bumps along stairway railings that indicate the final few steps. Downey also raised awareness of how different floor coverings and materials selections affect the amount of audio feedback one gets when using a cane to navigate a room.

The TSP team has designed numerous ADA-compliance upgrades for school locker rooms and restrooms, health care facilities and community buildings. Here are a few recent local projects that uplift more-inclusive spaces for everyone.