Many travelers’ first stop after the security screening: Grab a bite to eat. The Sioux Falls Regional Airport is no exception. TSA restrictions on food and liquids make the concourse restaurant a popular spot for its Marlin’s Express to-go cooler and Caribou Coffee. It’s about to get sweeter, as the Hungry’s Restaurant family of brands expands its offerings to include Cinnabon. “The whole airport will smell like cinnamon rolls,” said Dan Letellier, the airport’s executive director.

TSP Principal and Senior Architect Michelle Klobassa, the project’s architect, describes the concept as a food-court style approach, with a twist. The design also incorporates a bar area with more seating and drafts on tap. The updated color scheme for both bar and restaurant was inspired by the warm tones of beers. TSP and its frequent partners from IS Restaurant Design Supply & Equipment are collaborating on the project. The team also created Wildcat Corner on the terminal’s main level, adjacent to the lobby. 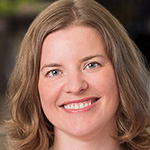 “The big fire-roasted pizza oven and to-go options will stay, but we’re shifting some things around to make room for more choices,” Klobassa said. “We’ll remove some walls to put in extra booths and tables, update the color scheme and add more windows to open up space in the back.”

The same restaurant group will install a second grab-and-go counter near Gate 5 and the new family restroom. There, travelers can pick up sandwiches and wraps, coffee, Cinnabon and other snacks and drinks.

“When people get to their gate — even if they have time — they don’t always want to walk all the way back to the restaurant to get a cup of coffee,” Letellier said. “This is a matter of steps to get what they need and stay where they want to be. And it will be great for people landing in the evening who want something on the way before they head to their hotel or have to get in the car and drive.”